8 Best Countries for IT Staff Augmentation 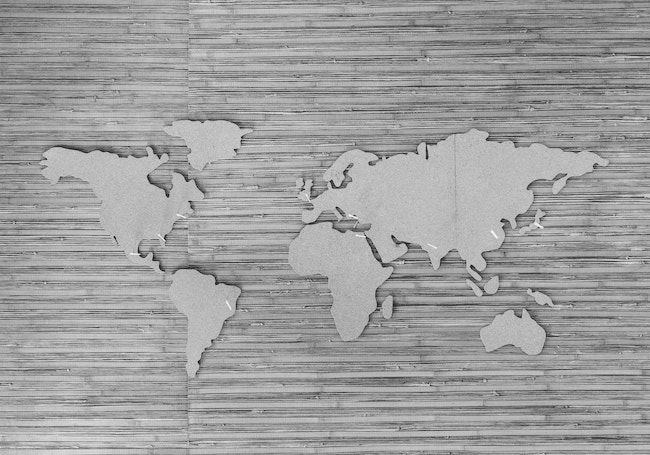 If you’re looking for staff augmentation, you’re probably looking for development talent that is affordable, skilled, and able to start quickly.

In order to check all three boxes, most tech companies wind up turning their sites to offshore markets — or at least to lower-cost parts of the US. But where do you start?

In this guide, I’ll share some of the most popular locations for IT team augmentation (and tech talent sourcing generally) for companies based in the US and EU.

Video: The Best Countries for Nearshore IT Staff Augmentation

Key Factors When Selecting a Location for IT Staff Augmentation

It’s tempting to go where the cost is lowest, but this may push you many time zones away from your central office.

My advice: look for a near-shore partner (as opposed to an off-shore one). Ideally, you want your augmented team to be within three time zones of your location.

Additionally, this can help ensure some cultural familiarity between your in-office team and the remote team — which can facilitate more natural conversations.

2. Cost of talent is a bonus, but not the only factor

One of the big benefits of sourcing talent nearshore is that you can afford the top-shelf talent in that location thanks to currency and cost of living differences. US tech companies looking to Latin America are generally going to save 50%+ on tech talent.

Unfortunately, many companies get too much of a taste for cheap labor and go straight for the bottom shelf.

Cheaper developers (relative to their country/market) are often cheaper for a reason: lower experience, and lower output quality.

Remember to think about what resources (time, money) you’ll have to spend on cleaning up a job that’s not up to your specs — or those of your clients.

Moore’s law is a constant force in tech, meaning that you need a fresh and educated workforce that is up-to-date on the latest trends and technologies.

You need to find a location that not only has well-educated talent now, but will be stocked with talent into the future.

This means you need to choose locations with a good education pipeline for IT and STEM skills, so that you can constantly have new early-career developers entering the pipeline.

IT Staff Augmentation locations in the Americas

US-based companies often look to Eastern Europe for IT team augmentation and IT outsourcing. This makes sense in terms of talent and cost — but it does not make sense when you consider the time zones.

Time zone matters for IT team augmentation in particular, because the hires will be working closely with your in-house team throughout the day. For that reason, Latin America and Central America are the best location in most cases.

Some of the top locations for IT outsourcing are Mexico, Argentina, Brazil, and Uruguay:

Mexico is our number-one trading partner in the US, so as you might imagine, quite a bit of IT outsourcing goes on between the two countries.

In my experience, Mexico can be a challenging location to source talent and hit-or-miss when it comes to development. This is mostly because of a less robust education pipeline, and because a lot of tech talent departs the country for higher-pay locations.

However, there are some excellent agencies offering staff augmentation in the region, and it's a great place to start — particularly if you or your team speak Spanish, or have Spanish-speaking customers in the US.

Purely based on numbers, both Argentina and Brazil are strong picks for IT team augmentation because they’ve both invested substantially in developer education over the years—particularly Argentina.

Both countries also have strong European cultural influences, which can be easier to understand and communicate with culturally for some US teams.

The metropolitan capital Buenos Aires has a high concentration of tech talent, and a number of major tech conglomerates base their offices there.

Sandwiched between Argentina and Brazil, Uruguay's IT outsourcing market is small, but punches above its weight for IT team augmentation for a specific reason: the way they’ve invested in IT education.

Between the ‘70s and ‘80s, a big shift took place in Uruguayan society from the agrarian to the technological. Following on from this shift, a policy colloquially known as “Laptops in Cribs” was implemented, which involved children being provided with laptops, thereby enabling them to learn coding and programming languages early enough to really absorb new language learning. When combined with a rigorous college-level computer science education system, Uruguay has become an enormous pool of tech talent for such a small country (relative to its neighbors) — as GitHub activity in the country's capital city of Montevideo atests.

Furthermore, Uruguay is a very close-knit community. This matters because, by not having as much of a global skew, you get a much better deal price-wise. Developers are more expensive in Uruguay than neighboring Brazil and Argentina, but it's also much easier to find highly educated technical talent.

And it’s not just about youth education, but adult education as well: in America, you can go to a general assembly, take a 10-week course, and if you pass, you can immediately start calling yourself a developer and become eligible for employment by any one of the best companies in this nation—often for a massive salary. Still, 10 weeks is hardly enough time to learn anything. Additionally, Americans are accustomed to a four-year course of study in order to attain a degree, but in Uruguay, you must study for six years to become a software developer. That level of training and education pays real dividends—and it’s not your classic academic who’s teaching them, either; usually it’s a senior developer teaching applicable skills that they use and have learned on the job.

Tech companies in the EU have a wider variety of nearshore staff augmentation options, and usually face a lower culture barrier compared with US companies. The following locations are best-known for their IT talent and team augmentation capabilities.

The interesting thing about these two is that they were formerly communist countries under the USSR. It just so happens that during the Cold War era, when division between Russia and America was even deeper than it is now, there was actually a lot of investment into education as a sort of “Soviet superiority” initiative. As you can imagine, this has led to an abundance of developer talent coming from those countries. Because they come from a modest background, you can recruit a truly competent developer from Europe for as little as $35–40 per hour if you’re looking in the right places.

The issue when you’re going with Russia lies not in talent, but in things like data security, which you really can’t afford to gloss over. When you're engaging with an IT staff augmentation vendor, you’re going to want to look at approved agencies, lest you run the risk of compromised data or otherwise sensitive company information falling into the wrong hands. True, it may be a “cheap” option at first glance—but, because you must take extra measures to prevent possible misuse of your data, staff augmentation out of Russia ends up being very costly indeed.

These, primarily (along with other adjoining countries to Poland and the Ukraine), generally aren’t considered to be the most concentrated hubs of tech talent. Nevertheless, they’re influenced by the same tech policies from the USSR as mentioned above. While they’re not as robust as their counterparts in terms of established infrastructure, this only makes them more affordable.

Our honorable mention for those in mainland Europe. People connote England with London and London with the word “expensive”, and for good reason: any company based in London will be costlier. But up in the north, particularly in the Manchester area, you can find a number of devs who are very resourceful. They’re experienced types who’ve carved out this niche purely because it’s where jobs are (tech is currently the number one job creator in the world, so it makes sense that they’d lean into that). By true grit, many of them have picked up excellent developer skills—but not yet the commandment of price. For this reason, you can expect to score a pretty decent deal here.

A perennial place for lots of tech companies, isn't only a good location for tax-friendly legal status. Ireland has a solid, yet overlooked number of well-developed tech skills. The Irish people may be some of the most humble, yet highest-quality devs you’ll ever work with. Proximity weighs here more than education.

The model concerning IT in Europe has been predominantly self-taught, whereas in Latin America, it’s more of a concentrated effort to maintain relevancy by investing in IT education and technological development. In America, we see elements of both self-teaching via ecourses and sheer determination as well as more official modes of education. So, where to start? Is one model more effective than another?

Ultimately, your budget is going to play the biggest role in deciding where to look for staff augmentation, even if it’s not the only factor involved. One-to-one startups can try to find individual developers via freelancing websites like Upwork, Fiverr, or oDesk. Mid-level companies may be better off looking at augmentation agencies. Finally, higher-level companies are more suited to implanting their own offices abroad.

In a place like Uruguay, it’s definitely the big IT consultancies whom you’ll find yourself competing with. Cognizant, for example, has not only massive offices in Uruguay but also branches in the US—and they offer the full sweep of IT consulting generally referred to in the industry as “managed IT services”. This is a multi-billion-dollar company who can manage your data security, cloud, storage of assets, and all your dev work; they’re essentially a one-stop shop.

That’s great if you’re a huge enterprise like Google or Amazon who wants to negotiate huge contracts with less friction, but if you’re even a fraction down from that level, it becomes very expensive to go with a big firm like that. So instead of thinking, “I need to invest this much money and risk or they won’t take my business,” you should know that other staff agencies can offer rates that are much more competitive and, ultimately, more conducive to helping you complete your projects.

Researching this topic for an article or special project? Contact me to discuss how our insights or data can support your work.

Initial consultation is pro bono for journalists and academics.

Offshoring vs Nearshoring vs Onshoring for Tech Companies
How does nearshore IT staff augmentation work?